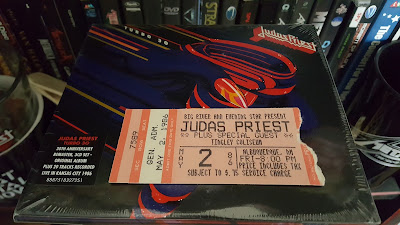 I received "Turbo 30 [30th Anniversary Edition]" a couple weeks ago and have been listening to it non-stop. Say what you will about the guitar-synths they used, but I had no problem with this when it was released back in '86.  And there are many Priest fans who wrote them off too.  Was it the follow-up to "Defenders of the Faith" I was expecting? Definitely not. I expected another guitar-driven, balls out, Glenn/KK all out guitar attack. Priest were having fun in the mid-80s, so this was their quintessential 80s party album.  It was light and had a lot of that pomp-and-flair.

Yes, I was surprised when I first heard Turbo Lover, Locked In, and Private Property.  But I listened to the album three times in one sitting, just to take it all in and not pass judgement on a band I've admired for so long. And suffice to say, I embraced this one wholeheartedly. Again, their party album during a fun period in their lives while riding another pinnacle of fan adoration.

This Turbo 30th anniversary edition (actually 31 yrs - ha ha) is remastered and includes the concert radio broadcast from Kemper Arena - Kansas City May 22, 1986. Oddly enough, this is a concert I have on cassette. I remember racing home from work so I could record it off the radio (ah, memories). Great package and it still sounds great. My hair still stands on end when I listen to Out In The Cold.

I also included my original ticket stub.  I saw them on the Turbo tour May 2, 1986.  And Raven was the support band (they had released "The Pack Is Back"....but I won't touch that one). 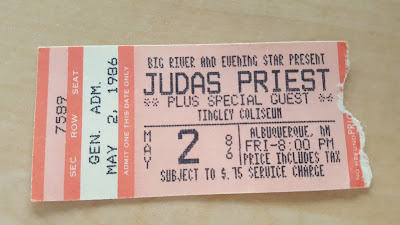