Cygnus and the Sea Monsters - One Night In Chicago 2005 (aka: Rush covers + old 70s children show = small masterpiece and a tear to my eye) 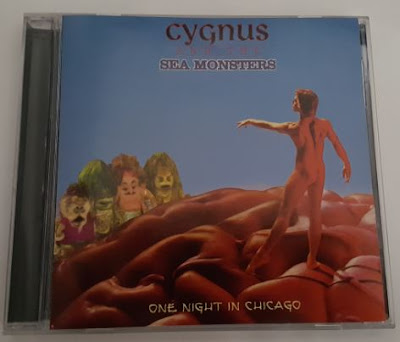 I have professed my love for the band Rush for most my life (late teens actually).  I'm not always onboard with bands performing cover songs of bands I hold in high regard (Rush being the biggest of them all). But there are two CDs which are exceptions to my rule;  Working Man (1996) which includes George Lynch, Jake E. Lee, James Murphy, Billy Sheehan and a slew of others....AND...this live show; Cygnus and the Sea Monsters - "One Night in Chicago".  I purchased the CD/DVD off Portnoy's website eleven years ago.  Time flies - crazy.  Looks like it's still available here: http://www.mikeportnoy.com/productcart/pc/viewPrd.asp?idproduct=25 and Amazon too https://www.amazon.com/One-Night-Chicago-CYGNUS-MONSTERS/dp/B001156MXW

This was recorded and filmed (there is a DVD version and of course it's posted via YouTube - I posted the video below) back in 2005.  It consists of Mike Portnoy (I'm sure you know who he is) on drums, Paul Gilbert (Racer X) on guitar, Sean Malone (Cynic) on bass and Jason McMaster (Dangerous Toys, Watchtower, Broken Teeth, Ignition) on vocals.  This hour long set is nothing short of incredible. The band blazes through 2112, Cygnus X-1, Hemispheres, and YYZ as if they were just warming up.  Mike, Paul and Sean are consummate pros and have more talent in the dirt on their fingernails than most people have at all.  The only low-light to this is Jason.  I love the work this guy does in his other bands, but his screeching and almost screaming/screeching until he's breathless did not fit this otherwise killer set.  There's more music than vocals, so another reason why I'm okay with this one.

It's a blast to listen to (and watch) the guys play pretty much note-for-note and not cringing hoping they'll do the songs justice, because they do them all justice and then some. And also capable of throwing in improv portions as well.  In showcase settings such as this (Drum Pad's 20th Anniversary) normally one person has the spotlight.  Even though Mike gets in a drum solo, it's not just the "Mike Portnoy Show".  I've been a fan of Paul's since the first Racer X was released in '86. He can play anything and proves how well versed he is in Rush and the styles of Alex Lifeson.  Same goes for Mike and his adaptation of Neil Peart.  NOBODY can play like Peart, but Mike does a fine job replicating many aspects of the songs. And Sean, who is an accomplished bass player and does an impeccable job nailing the songs.  No keyboards and that's okay because it would've taken away the rawness.

Note: I was pretty ecstatic over the fact Mike incorporated my beloved Sid & Marty Krofft 70s children show "Sigmund and the Sea Monsters".  I've included a video clip of the show's opening song at the very bottom. Ahhh, the 70s.

Cygnus And The Sea Monsters - One Night In Chicago (2005)

Scans of my physical CD: 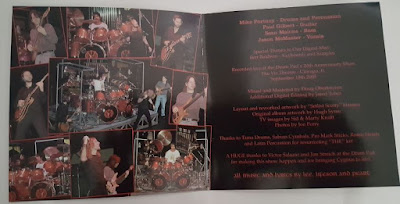 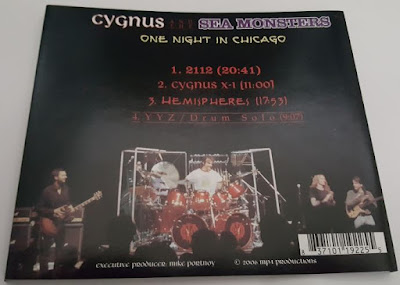 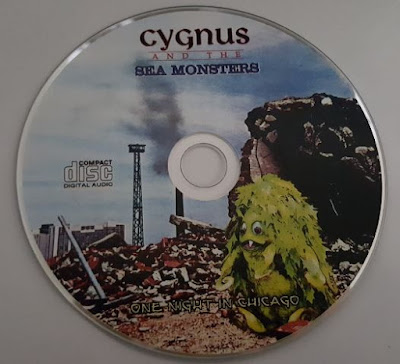