3 Legged Dogg "Frozen Summer" (aka: not the dog on Alice In Chains's self-titled album or aka: yes, there's an extra "g" in "dog" on purpose) 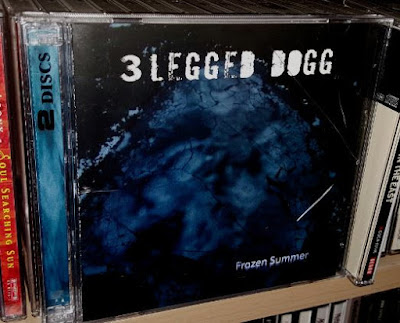 Not sure how many people are familiar with the band 3 Legged Dogg, but it's an album worthy of more attention than it received.  The band was <deep breath>:  Vinny Appice on drums, the late great Jimmy Bain on bass, ex-Quiet Riot/current Ratt guitarist Carlos Cavazo, ex David Lee Roth/Beau Nasty guitarist Brian Young, and vocalist Chas West (ex-Lynch Mob/Tribe Of Gypsies/Foreigner; currently fronting Resurrection King - which is a great band that includes Craig Goldy and Vinny Appice).  <exhale>

Every musician on here gives it their all.  I bought this when it was released in 2006 because I was a fan of each one of these guys.  I didn't know what to expect and was relieved that the entire album is ass-kicking hard rock and NOT middle of the road or average by any means.  I've never heard Vinny's drums recorded this loud before.  He always pounds the shit out of his kit, but it seems there was more at stake here.  These songs rip and I can never just pinpoint only one song when there are many that highlight this disc. Take you pick, "Give and Take Away" (a radio hit that never came to be - ugh), "Wasted Life", "One Good Reason", and "Long Way Back From Hell" highlight the entire band's tenacity and power.  But again, every song here is very well structured.  The guys came together and created some heavy-groove-melodic oriented tunes.

This group more-or-less fell apart because Vinny was called up by Ronnie James Dio because the Dio Sabbath group was getting back together [NOTE: 3 Legged Dogg debut was released Oct 2006 and Black Sabbath - The Dio Years was released April 2007].  Not a bad reason.

And who knows if this really would've gone anywhere in this shitty musical climate that began to get much worse in the 2000s. And so many musicians (normally well-known) are offered a sizable chunk of money by certain labels to get together and churn out an album hoping to hit paydirt.  Who knows what could've been. 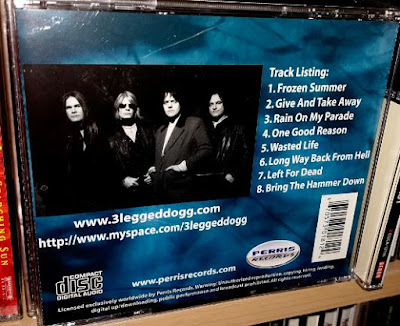 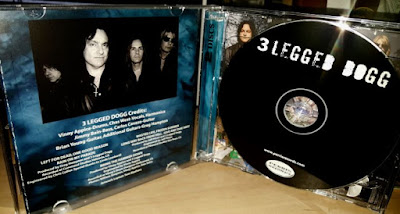