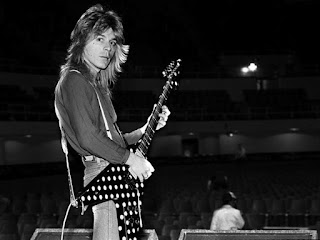 Today marks the 32nd anniversary of the death of one of hard rock’s true guitar heroes, Randy Rhoads.

Randy, who found massive success with Ozzy Osbourne’s solo band back in 1980, after starting his career in an early version of Quiet Riot, died on March 19, 1982.  He was a victim of a plane crash accident in Leesburg, Florida while on tour with Ozzy. His death propelled him into the same vanguard as other legendary guitarists who also had their careers cut short by tragedy.

It wasn’t just the fact that Randy Rhoads dying young cemented his legendary status. He was well on his way to the pantheon of musical genius while still alive.

Randy’s legend runs so deep within the music community, it’s very easy to forget he only recorded two albums with Ozzy (Blizzard of Ozz and Diary of a Madman – both released in 1981). But the influence spread far and wide to burgeoning and established guitarists all across the world.

With a blinding speed and a pyrotechnic sonic fervor, the power of Randy’s work is stunning. He achieved so much success and spread an influence so wide at such a young age, (he was only 25 years old when he died) and with such a small amount of recorded material, is an amazing feat in itself. With his bone-crunching riffs, on top of walls of sound that would shake and rattle one’s teeth and soul, Randy played his guitar like no one before or since. In essence, he led a musical revolution in which he never had a chance to witness.

Randy’s legacy lives on to this day and will continue to do so as he lives on in so many others.

Randy Rhoads performing live during his stint in Quiet Riot (1978-79).  Watch this video and you’ll hear many portions of the solo which would go on to become classic Ozzy tunes.