Finished watching the memorial service for Lemmy Kilmister about an hour ago (live stream off Motörhead's YouTube page).

First and foremost, it was one of the most amazing tributes I've witnessed.  I didn't know if this was going to be a train wreck or not.  And so very glad it wasn't.

All had very touching, warm, endearing, funny stories to tell.  Some short, some very long.  And the video/sound feed cut off during the early part of Dave Grohl's portion when he was talking about the first time he introduced himself to Lemmy outside the Rainbow Bar.  It cut off right as Dave was to tell everyone the first words Lem ever said to him.  Well, I found out later Lemmy said, "Sorry about Kurt". Dave also had an autographed photo of Little Richard he wanted to give Lem for his birthday last month and never had a chance to do so.

If you're not familiar with Motörhead's music, then do yourself a favor and go to YouTube, Spotify, iTunes, Amazon and start now.  It's never too late to get into this band.  And if you've never watched the Lemmy movie '49% Motherfucker. 51% Son Of A Bitch' then check that out as well because you won't be disappointed.  And there are a ton of Motörhead concerts on YouTube and documentaries as well.  All fun to watch.  The movie will prove how intelligent and remarkable Lemmy truly was.

Born To Lose / Live To Win 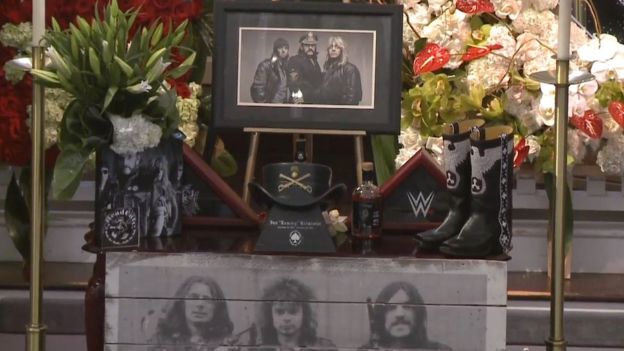