Glenn Frey Was Here OR Death Can Take a Holiday

We're barely three weeks into the new year and you've taken so many already:

Then today you feel the need to take Glenn Frey. Fuckin' really? Bowie and Rickman weren't enough this year, huh?  Blue Oyster Cult said, "Don't fear the reaper", but I don't fear you.  I just wanna kick YOUR ass...and cancer's too while I'm at it.

Do everyone a favor.  Go away for the rest of the year and take that vacation.  Families, friends, and fans are grieving every day or every other day because of you.

My condolences to Glenn's family and friends.  And too all the fans as well.  He was a class act and no other like him. One less legend among us.

Take it easy one last time standing on that corner in Winslow, Arizona.  Your music lives on forever. 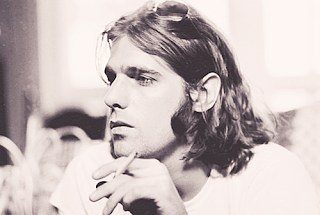