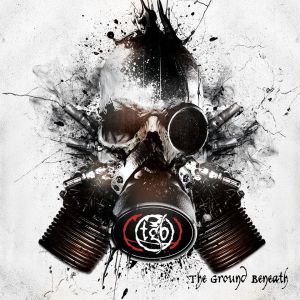 This CD covers the many facets of emotional high and lows of TGB founder, guitarist/vocalist and mastermind Steve Civerolo.  It’s a journey that needs to be visited repeatedly to absorb the complexity and nuances which make this album the incredible chunk of musical genius it is.

I was mesmerized by the swelling of “It’s You / Blame”, the ferocity of “Say It”, “Disappear”, “RLS” and “Choke”. This also includes some built-in “soon to be classics” such as “Blame”, “Memphis” and the sing-along of “Mine”.

You want humor? The closing track "Burjay" is hilarious and it deserves a few listens to catch it all. There are MANY peaks and valleys on here which encompass the human element. I wasn't disappointed with any of these tracks whatsoever. It's classic from head-to-toe and it deserves a lot of attention.

First listen will have anyone hooked. The jaunt is worth exploring as often as possible. Worthy to be included in everyone’s music collection.

The Ground Beneath - Blind [Official Video]