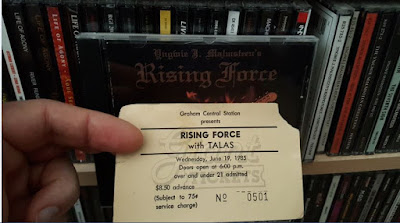 First time I heard Swede-shredder Yngwie Malmsteen was on Steeler's debut album (w/Ron Keel on vocals) and Alcatrazz ‘No Parole From Rock and Roll' (both released in '83). But man, first time I heard Yngwie's three-and-a-half-minute intro to Steeler's "Hot On Your Heels" I was absolutely floored.  I'd always admired Ritchie Blackmore's  neo-classical guitar style for years, but this neo-classical shredding was an absolute game changer and set another guitar playing style/technique bar very high.  And the 1984 Alcatrazz release 'Live Sentence' proved to me what Yngwie was capable of in a live setting.

When Yngwie released this '84 debut I knew it would be great, but I had no idea it would blow the doors off all three of the previously released albums (in my humble opinion).  I was familiar with 'Evil Eye' from the 'Live Sentence' album, but the studio version was so much better.  I enjoy every track, but two favorites will always be 'Icarus' Dream Suite Op. 4' and 'Far Beyond The Sun'.  Upon first listen though, I was surprised a vocalist was used at all. I became a fan of vocalist Jeff Scott Soto due to this album. Plus, having an opportunity to see him perform live made me realize he'd become more popular as time went on (never imagined he'd join Journey down the road). My brother and I listened to this album all the time. We played it frontward, backward, upside down. We played along to every friggin’ note….on air guitar of course.

Some fifteen months after this release, the local concert gods came through and Yngwie was coming to town June 19, 1985 (it was booked at the same dance club venue where I had seen Metallica three months prior - Graham Central Station). And as a HUGE added bonus, Talas (bass god Billy Sheehan's band) was providing support.  I already owned Talas' first two studio albums and "Live Speed On Ice" (another all-time favorite live album). I witnessed greatness that evening - one on guitar and the other on bass.  I remained up front for both sets have the highlights etched in my brain for life.  Both bands played as though they were performing in front of a sold out stadium of 50,000 fans. My jaw was sore from the many times it hit the ground during both Talas and Yngwie's sets. Remarkable musicianship and I never saw a concert quite like it ever again.

By the way, I can still play this album......note for air guitar note.

Sidebar: I always got a kick out of the ‘J’ he had added to his name. I get the classical connection, seriously, I get it…but I joked about that the most back in the day. Kinda went like this, “You have to listen to the new Ingvay Jaaaaaaaaaaaaaaay Malmsteen album!" 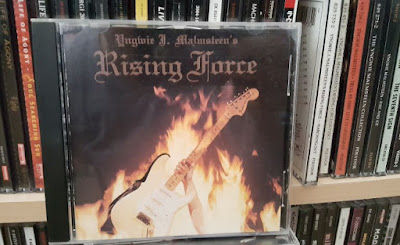 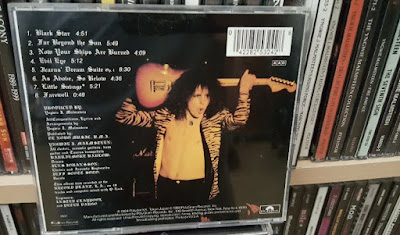